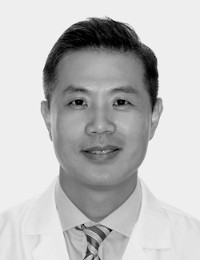 Professor Ki Beom Kim
DDS, MSD, PhD
Lysle E. Johnston Jr. Endowed Chair in Orthodontics
Associate Professor, Program Director, Department of Orthodontics, Center for Advanced Dental Education, Saint Louis University
Professor Ki Beom Kim is Dr. Lysle Johnston Endowed Chair in Orthodontics and currently serves as an Associate Professor and Program Director in the Orthodontic Department, Center for Advanced Dental Education at Saint Louis University. He is a Diplomate of the American Board of Orthodontics and a Diplomate of the American Board of Orofacial Pain. Prof. Kim was originally from Seoul, South Korea and served as an Army Captain in the Korean Military for over three years. He received his dental training from Dankook University, finished three years of Oral Medicine training and later received his PhD in Orofacial Pain. After his military service, he and his family came to the US, and he received 3 years of orthodontic training from Vanderbilt University Medical Center.
He has been working as a full-time faculty at Saint Louis University since 2005. He has spoken many times at international and national meetings. He has published over 80 peer-reviewed articles and multiple book chapters. Additionally, he has participated in over 120 master thesis projects over the years. He had two textbooks written, and his next book project “ Comprehensive Management of Obstructive Sleep Apnea: Evidence-based Guidelines” is expected to come out soon.
Abstract
The Invisalign appliance was first introduced to the public in the late 1990s by Align Technology, as a novel method of straightening teeth without braces. Since then, Invisalign has made great progress in terms of treatment planning methods, materials, and manufacturing. The company’s powerful marketing has helped increase the public’s demand for clear aligners to the point where Invisalign is an essential part of any orthodontic practice today. There haven’t been many studies in terms of the capabilities and limitations of clear aligners. This presentation will discuss the current scientific evidences regarding biomechanical considerations and clinical effectiveness of clear aligners.